The former head of the Bank of England believes that the global financial system is heading towards a second devastating economic crisis – the same kind of crisis that inspired Satoshi Nakamoto to develop Bitcoin.

King, who served as the governor of the Bank of England from 2003 through 2013, cautioned that, by failing to learn from the mistakes that led to the collapse of the traditional financial system a decade ago, the world is “sleepwalking” towards another global financial crisis.

“Sticking to the new orthodoxy of monetary policy and pretending that we have made the banking system safe, we are sleepwalking towards that crisis,” he said.

“Another economical and financial crisis would be devastating to the legitimacy of a democratic market system.

“No one can doubt that we are once more living through a period of political turmoil. But there has been no comparable questioning of the basic ideas underpinning economic policy. That needs to change.”

The fallout from a second financial crisis would be so bad that according to the latest report by consultancy firm McKinsey & Co., roughly half of the world’s banks would be too weak to survive it. 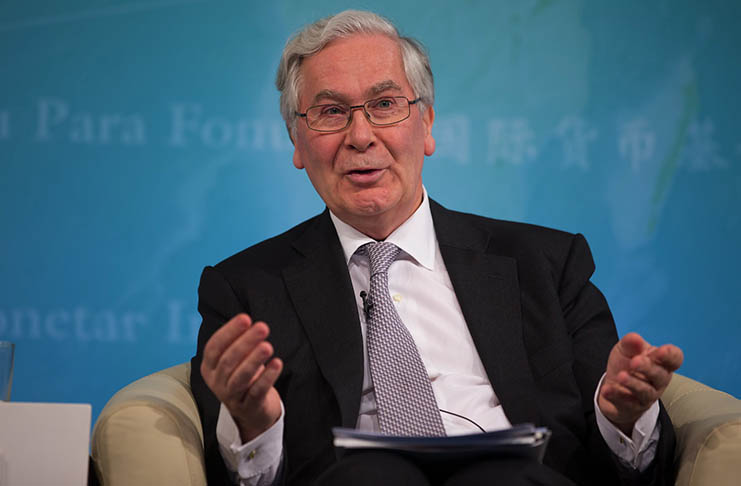 Former governor of the Bank of England, Mervyn King (Flickr)

What does this mean for cryptocurrencies?

Created by the enigmatic Satoshi Nakamoto in 2008, Bitcoin has undergone tremendous growth to become the preeminent digital currency and is being increasingly used as a store of value, despite its volatile nature.

In countries experiencing extreme inflation, people are turning to Bitcoin as a hedge against inflation and weakening fiat currencies.

Case in point, citizens of countries like Argentina, Venezuela, and Zimbabwe, where hyperinflation reigns supreme, have turned to Bitcoin and other cryptoassets for survival.

As digital currencies continue to grow, more people and organizations are joining the Bitcoin movement with each passing day.

Facebook recently proposed its own digital currency, Libra, which is being vehemently opposed by US lawmakers over fears it would undermine the US Dollar’s supremacy.

Meanwhile, many countries, realizing the potential reach and usage of Libra are now working on their own cryptocurrencies in order not to be left behind in innovation.

China a surprising frontrunner in the crypto race

Traditionally one of the most anti-cryptocurrency countries in the world, China has emerged as a surprise frontrunner in the global crypto race.

The country plans to introduce its digital currency, which would share many similarities with Facebook’s Libra and would be integrated into major payment platforms including AliPay and WeChat Pay.

Speaking about the initiative, Huang Qifan, vice chairman of the CCIEE, said that the People’s Bank of China (PBOC) would be the first central bank in the world to roll out a usable cryptocurrency.

“The People’s Bank of China has been studying DCEP (digital currency electronic payment) for five or six years, and I think the technology has matured. PBOC is probably the first central bank to introduce digital currency in the world,” he said. 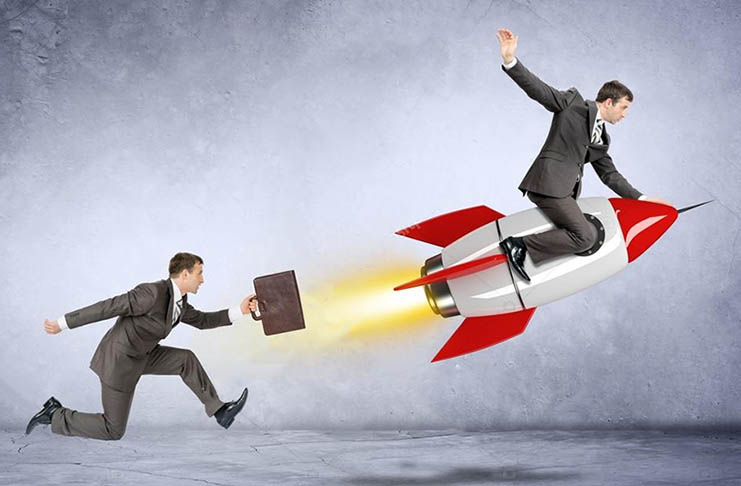 The U.S. continues to lag behind

While China is putting the finishing touches on its sovereign cryptocurrency and other nations such as Japan, Turkey, Colombia, and Brazil are moving ahead in the adoption of Bitcoin and blockchain technology, the U.S. remains mired in regulatory uncertainty and a reluctance to innovate.

American financial watchdogs remain wary of cryptocurrencies despite calls by some forward-thinking lawmakers for the nation to act fast and formulate amenable frameworks that would accelerate the growth of the U.S. crypto industry.

Earlier this month, two U.S. lawmakers, Rep. French Hill and Rep. Bill Foster,  made their concerns known about risks to the U.S. dollar if another nation or private company creates a widely used cryptocurrency.

In a joint letter to Jerome Powell, Chairman of the U.S. Federal Reserve (Fed), the congressmen asked that the Fed consider developing a “national digital currency.”

“We are concerned that the primacy of the U.S. Dollar could be in long-term jeopardy from wide adoption of digital fiat currencies,” they wrote.

“Internationally, the Bank for International Settlements conducted a study that found that over 40 countries around the world have currently developed or are looking into developing a digital currency.”

Hill and Foster also warned Powell about the risks of relying on the private sector to develop cryptocurrencies.

“Relying on the private sector to develop digital cu1Tencies carries its own risks, including loss of control of monetary policy, as well as the ability to implement and enforce effective anti-money laundering and counter-terrorism financing (AML/CTF) measures.”