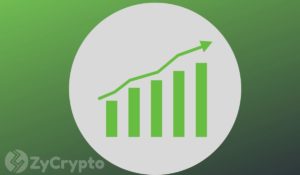 After trading below five figures for a few days, BTC is back above $10k and its market dominance surpassing 70% for the first time since July 2017. The largest altcoin by market cap, Ethereum, has a market dominance of 7.3% while Ripple’s XRP stands at 4.3%. BTC’s growing dominance and price surge comes as the trade tensions between the US and China intensifies.

BTC Becomes More Attractive As U.S. And China Step Up Their Trade Rivalry

These trade tensions have whipsawed the markets and up until late August, there was a glimmer of hope for the bleeding economies during the next round of trade talks.

Evidently, this has not been the case. The two economies instead imposed new tariffs on each other’s exports/imports on Sunday. Crude oil has now been targeted for levies for the first time since the US-Sino war commenced. Beijing levied 5% on crude oil while the U.S. imposed 15% tariffs on more than $125 billion Chinese goods. Trade negotiations between the U.S. and China have been on impasse for quite some time and could drag on throughout 2019.

Yet, with global markets reeling from the US-China trade war, bitcoin seems to be more appealing to investors. Not surprising, bitcoin detractor Peter Schiff acknowledged this undeniable correlation between the price of bitcoin and the US-China war.

“As trade tensions rise and the yuan falls, Bitcoin is trading back above $10K. But don’t believe the hype that this rise reflects safe haven buying, similar to gold. Bitcoin is not being bought by investors searching for safe havens, but by speculators betting that they are!”

Despite Schiff believing bitcoin is sought-after for speculation, it is more than a coincidence that each time the trade war takes a turn for the worse, bitcoin price rises in tandem. Regardless, bitcoin becoming appealing for both speculation and capital preservation is a sure win.

BTC’s Dominance Above 70% Not Coming Down Soon

Evidently, these gains by BTC have contributed largely to the overall market dominance rise by $15 billion to $265 billion as altcoins have managed only slight gains. Case in point, XRP is up by only 1.85% while ETH has gained 3.00% but still struggling below $180.

Trader Josh Rager is optimistic that BTC’s dominance will remain high especially due to positive fundamentals such as the looming official launch of Bakkt’s physically-settled bitcoin futures.

“At 72% now, highest since July 2017. With Bakkt coming, we may not see a strong pullback in BTC market dominance anytime soon.”

Altcoin Bubble May Have Popped

Analysts and crypto traders alike have been clamoring for the annihilation of altcoins for a very long time while a few cling to the hope of an alt season. Apart from a few top altcoins, the rest of the pack has below $1 billion market capitalization which worsens the situation. The low-liquidity altcoins could be booted from crypto exchanges, as bitcoin enthusiast Anthony Pompliano mentioned late last month.

Max Keiser, the host of Keiser Report on RT network, made a startling assertion this week, that altcoins will not rebound after this clobbering. He tweeted:

Veteran trader Peter Brandt shared similar sentiments. He believes BTC has cemented its status as the only cryptocurrency with “real and lasting value” following yesterday’s rally.

“When will altcoin junkies understand that $BTC is the crypto with real and lasting value. Altcoins are to bitcoin what lead is to gold,” Brandt warned.

A reversal could occur where bitcoin’s dominance experiences a downward correction, but we can’t ignore the fact that altcoin obliteration is possible with BTC’s growing dominance.

The post Bitcoin Dominance Surges Above 70% As Trade Tensions Mount, Does This Spell Doom For ETH and XRP? appeared first on ZyCrypto.