The volume of the Ethereum options market hit a record high as the demand for ETH increased in recent weeks. It follows the high-profile confirmation of Eth2 release, which was formalized after deposits to the Eth2 contract address reached its threshold.

“Our ETH Option Open Interest is at a new ATH of $826 million! The Christmas day expiry leads with over 669k ETH OI. ETH Put/Call Ratio for this strike: 1.19 ETH Maximum Pain for the 25th of December expiry is at $400!”

As a result, Ethereum could see heightened volatility approaching December 25 as a large options expiry nears. 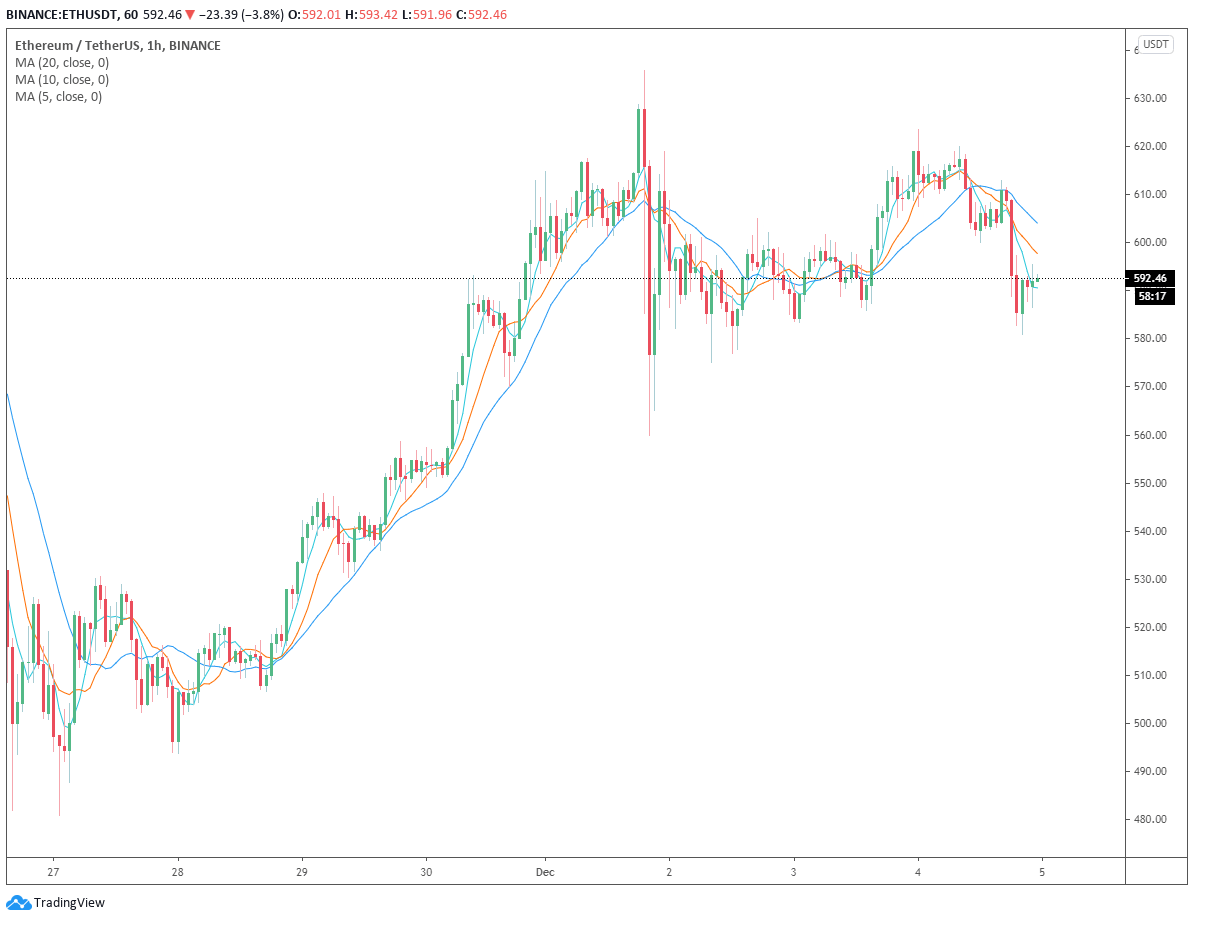 The 1-hour price chart of Ethereum. Source: ETHUSD on TradingView.com

Fundamentals For Ethereum are Strengthening

The overall increase in the trading activity of Ethereum has been reflected by its improving fundamentals.

For instance, on-chain analysis firm intotheblock reported that the hash rate of the Ethereum network has remained at all-time highs. This is indicative of the growing demand for ETH as it shows miners are continuing to allocate their resources to aggressively mine ETH.

In the near term, despite the release of Eth2, mining on the Ethereum blockchain network would continue. As long as mining coexists on Ethereum, the rising hash rate would remain a positive metric for ETH.

The hash rate of the Ethereum blockchain network. Source: intotheblock

The Eth2 network upgrade moves Ethereum from the proof-of-work (PoW) consensus algorithm to the proof-of-stake (PoS) algorithm, which eliminates mining. But in the foreseeable future, the PoW chain would coexist with the Beacon Chain. Intotheblock analysts said:

“While the introduction of the Beacon Chain marks the beginning of the end for #Ethereum miners, the network’s hash rate has sustained near its all-time highs. Even though the Beacon Chain genesis went live the proof of work chain will also continue to work in parallel.”

Analysts have emphasized the rising interest across various subsectors within the Ethereum ecosystem. As an example, Mythos Capital co-founder Ryan Sean Adams reported that 1% of all ETh supply is now locked in ETH bonds.

Adams noted that this shows many individuals are seeking exposure to the Ethereum economy, which is an indication that people consider ETH as money. He wrote:

“There’s already 1% of all ETH supply locked in ETH bonds. Not even a week after launch. There’s clear demand for non-sovereign internet bonds. People want exposure to the Ethereum economy. And these bonds are denominated in money. Because ETH is money.”

The data from the Ethereum options market also explains the massive volatility ETH has seen to date. There are growing calls from traders anticipating an increase in volatility in Ethereum, especially as it comes off of a crucial network upgrade.