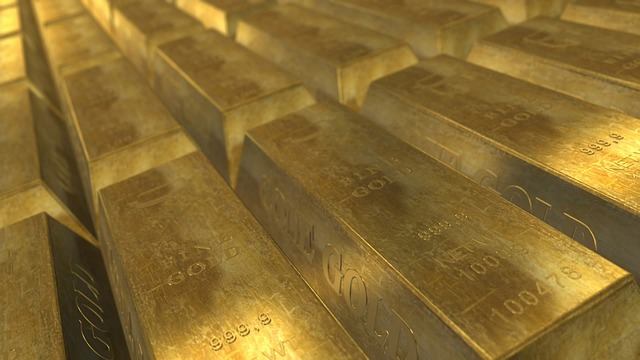 There has been a lot of renewed enthusiasm in the cryptocurrency market thanks mainly to Bitcoin’s strong move about 10,000.  Although Bitcoin continues to show its dominance, the altcoin market has yet to benefit from that rally.  A few of the largest altcoins remain popular but the rest of the market continues to lag behind.  In 2018, there was a lot of talk regarding a possible altcoin apocalypse where only the strong would survive.  That prediction appears to be playing out as expected.  Going forward, only the best projects that have a real world need will survive.  Crypto traders will have to spend a lot of their time doing proper research in order to find the best opportunities, just like in all financial markets.  One promising project that appears to have the makings of a future winner is KaratGold Coin.

KaratGold Coin is a cryptocurrency developed by the reputable German company Karatbars International, which maintains a leading position in the market of small gold items and investments. The project is part of a larger ecosystem, which involves several blockchain solutions that can be used for transactions, communication, investing and other tasks. During the past few weeks, however, the KaratGold ecosystem has been a target of unsavory scam allegations.

Karatbars International and GSB Gold Standard Banking Corporation AG are now looking to prove the seriousness and honesty of their business model. The executives of both enterprises provided us with authentic documents, which confirm that the estimated resource deposits of the KaratGold held gold mine “Fort Dauphin” include several tons of precious metals and minerals, such as gold, silver and uranium.

According to received documents, Fort Dauphin is located in the South East city of Madagascar Tolagnaro, while the documents confirm that TSARAVITANA mining co., which is the current holder of the required operation licences for the area, grants the German company GSB Gold Standard Banking Corporation AG, and the Singapore-based KARAT GOLD corporation PTE. LTD full access to the mine and its surrounding area. This process was achieved in collaboration with Madagascar-based company TSARAVITANA mining co., which acts as a government-approved licensee for the area of the mine.

The document linked above further proofs that the area of Fort Dauphin holds even more precious resources than originally assumed during the ICO phase.

Aside from that, both companies are further securing their market leading position by launching several other projects in the blockchain space. For instance, KaratGold introduced the world’s first voice-over-blockchain smartphone IMpulse K1, the blockchain-powered payment solution K-Merchant, the hybrid cryptocurrency and exchange platform KaratBit, as well as several other blockchain solutions linked to gold.

Moreover, the plagiarism allegations against KaratCoin Bank Coin (KCB) and KaratGold Coin (KBC) continue to dissolve. Further documents provided by the management include a signed letter of the district attorney’s office of Stuttgart, which states that the investigations against a former collaborator are ongoing.

Karatbars Chairman of the Board Josip Heit and CEO Harald Seiz validated that the company stays on track with its upcoming plans for the company’s ecosystem. A quick look into reputable media outlets shows that this is not an individual opinion, since blockchain specialists from the prominent business magazine Forbes recently mentioned KaratGold Coin to be among the most interesting blockchain companies to watch in 2019.

It’s really a shame when promising projects get dragged down by unnecessary FUD.  Unfortunately, this happens a lot in cryptocurrency through various publishing and social media platforms.  This only further scores the importance of doing one’s own due diligence before making any trading decisions.  Fortunately, KaratGold continues to prove its business by meeting all its goals and providing the necessary information when questioned.  With blockchain and distributed ledger technology reaching mainstream interest, I am keeping a close eye on KaratGold’s next moves.

For the latest cryptocurrency news, join our Telegram!

Disclaimer: This article should not be taken as, and is not intended to provide, investment advice. Global Coin Report and/or its affiliates, employees, writers, and subcontractors are cryptocurrency investors and from time to time may or may not have holdings in some of the coins or tokens they cover. Please conduct your own thorough research before investing in any cryptocurrency and read our full disclaimer.